INFORMATION ABOUT THE PROJECT

HE-ART project is funded by Europe for Citizens Programme.

The main aims of the project are: 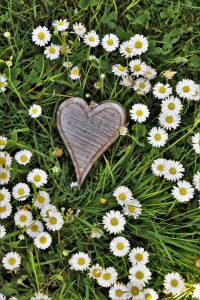 – To promote heart’s values such as solidarity, equality, acceptance of differences, tolerance, compassion, friendship, cooperation, promoted through different shapes of culture and artistic expression.
– To help break the immigrant stereotypes.
– To discuss the future of EU (emphasis being on the migrant crisis and the negative and positive effects of the EU directives on daily lives of its citizens).
– To promote active citizenship at EU level .
– To establish a so-named cultural Heart Point in every municipality of the participating partnering countries – hosts of the events and consequently set up a web of municipalities with a yearly plan and a program of cooperation, with an operating program, that will also include an option of cultural exchanges.
– To explore cultural tourism options and put them in effect (examples of good practice).
– To promote the international Heart points among the youth, in schools; to raise the visibility of the project with promotional activities.
– To honour European history by promoting cultural heritage – as the year 2018 is the European Year of Cultural Heritage.