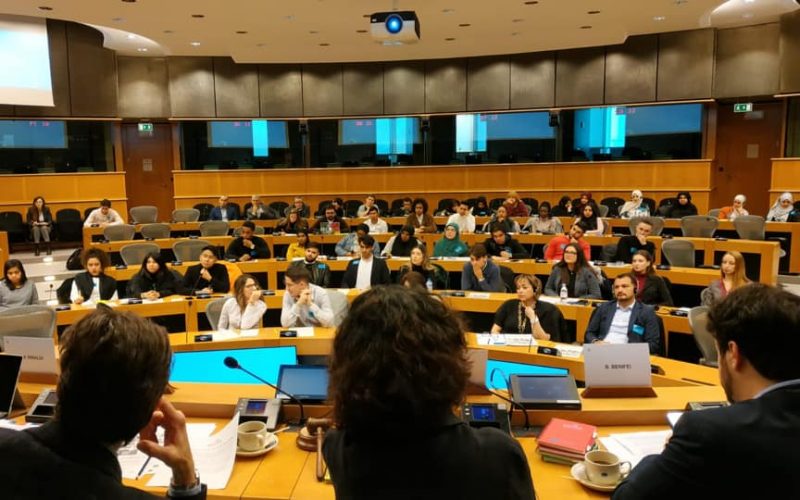 The final conference and international event of the RAYSE project brought together the project partners, together with six young people from each country of second generation migrant origin in Brussels on 4-6th February 2020.

Euni Partners took part in the final international event of the RAYSE project, co-funded by the European Youth Together programme of the EU, on 6th February 2020 at the European Parliament in Brussels. The event was hosted by MEP Brando Benifei, with the participation of MEPs Marie Arena, Marc Tarabella, Niccolò Rinaldi and Ms Petronela Burceag of the Education, Audiovisual and Culture Executive Agency EACEA.

Over 100 young citizens of second generation participated in the event, represented by their Youth ambassadors. They shared their personal experience and presented a formal Manifesto, through which they invited the EU Institutions to support stronger intercultural education in order to overcome discrimination and the fear of the unknown enhancing the value of all kind of cultural differences. The Manifesto also called upon the EU policymakers to find appropriate solutions regarding bringing the EU closer to its citizens by introducing EU education at school, intercultural education, and civic education, which will contribute to more active involvement of youth in the policy-making processes.

The main goal of the RAYSE project is to focus on the European citizens of second generation with non-EU migrant background, as a part of the Europen society, which often remains under-represented.

Throughout the RAYSE initiative, more than 2500 young people participated in local events in Bulgaria, Sweden, Greece, Spain and Italy.

You can see the RAYSE video here: https://rayseproject.eu/final-video/